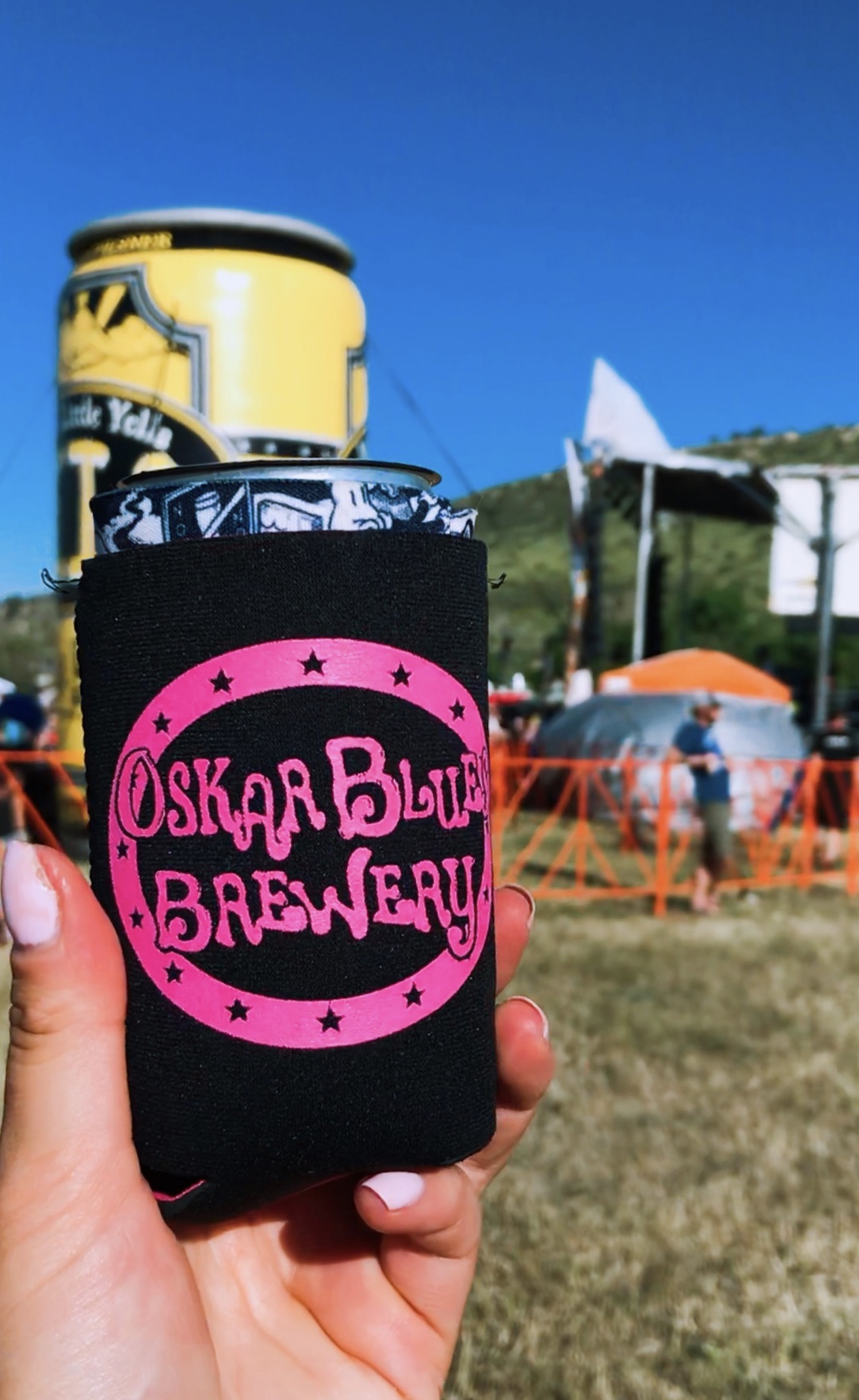 Oh Burning Can…This is seriously one of my favorite beer festivals of the year. Every year Oskar Blues hosts Burning Can the first weekend of June in the tiny little town of Lyons, Colorado. When Burning Can arrives its almost as if this is THE beer festival that kicks off the season and lets you know summer has arrived!  There is no better way to kick off a long summer of beer drinking and shenanigans than with Beers, Camping, and Live Music! And yes Burning Can delivers on all three of those things AND MORE! 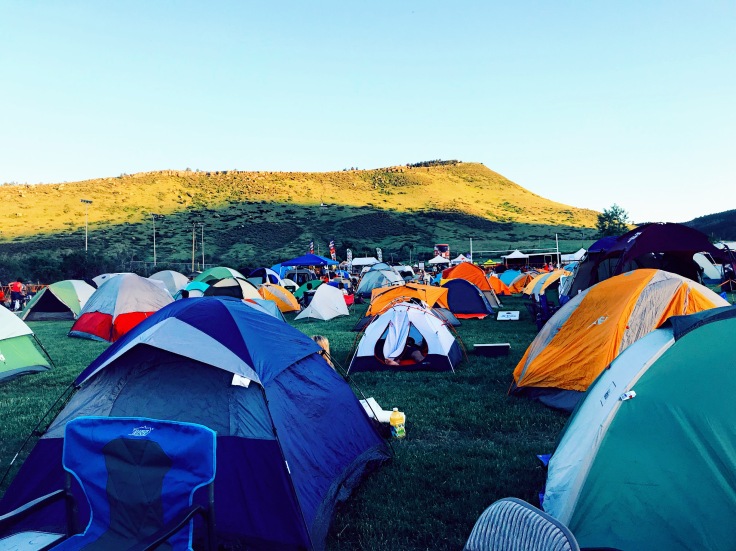 So I should probably start by mentioning there are other activities besides the few I just mentioned. For instance a lot of folks come up for the 5k beer relay, as well as the dog vertical jumping competition, or the BMX dirt-jumping track. This means you will have tons of entertainment to keep you busy throughout the whole day. They even have an outdoor Yoga class before the beer fest, which I am sure is a wonderful way to find some Zen and exercise before a night of drinking. But the most exciting part, in my opinion anyways, is the beer festival that takes place mid afternoon. 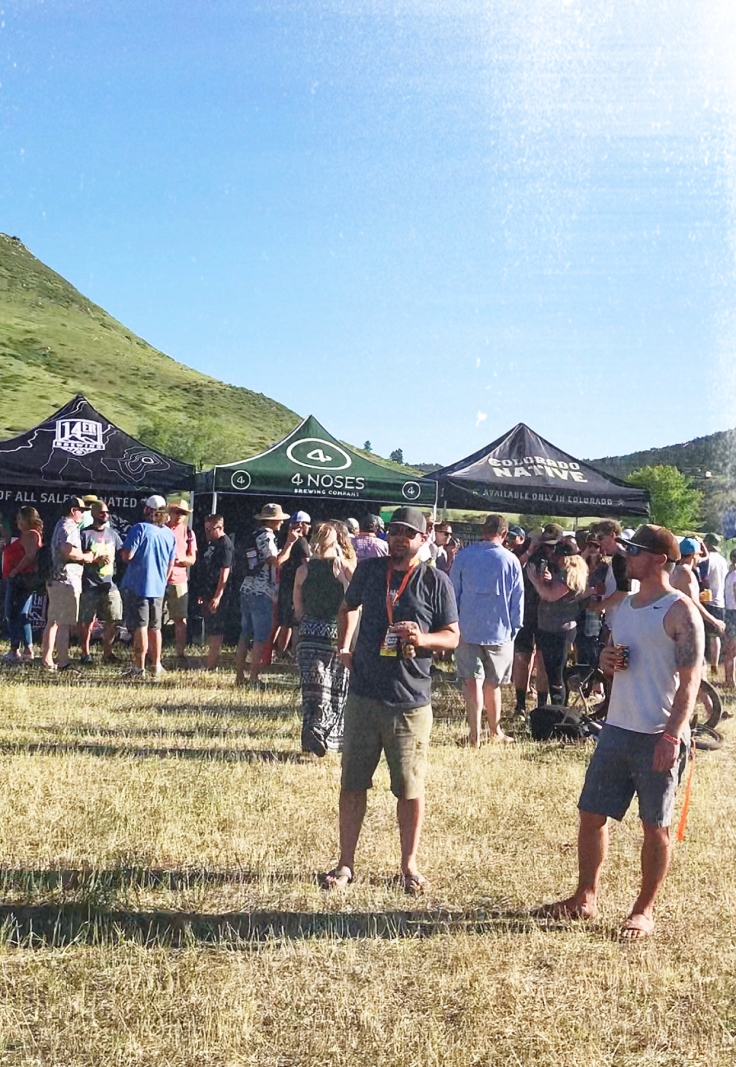 The scene is set amongst the peaceful, rolling hills of Lyons, in a large field right next to Bohn Park. With 70 Colorado breweries and over 250 beers, the Colorado craft beer scene is very well represented. The festival last 3 hours for general admission, and an extra hour for VIP, which gives you plenty of time to sample all of the offerings. And added bonus is that many of the breweries also come prepared with swag for the attendees, so you will find a vast array of things such as stickers or cozies for you to show your brewery pride; This year Oskar Blues even hooked it up with T shirts! My friend was really pumped to secure a ladies Pinner shirt and I think it’s a nice way to show some appreciation for the fans as well as get some free advertisement. 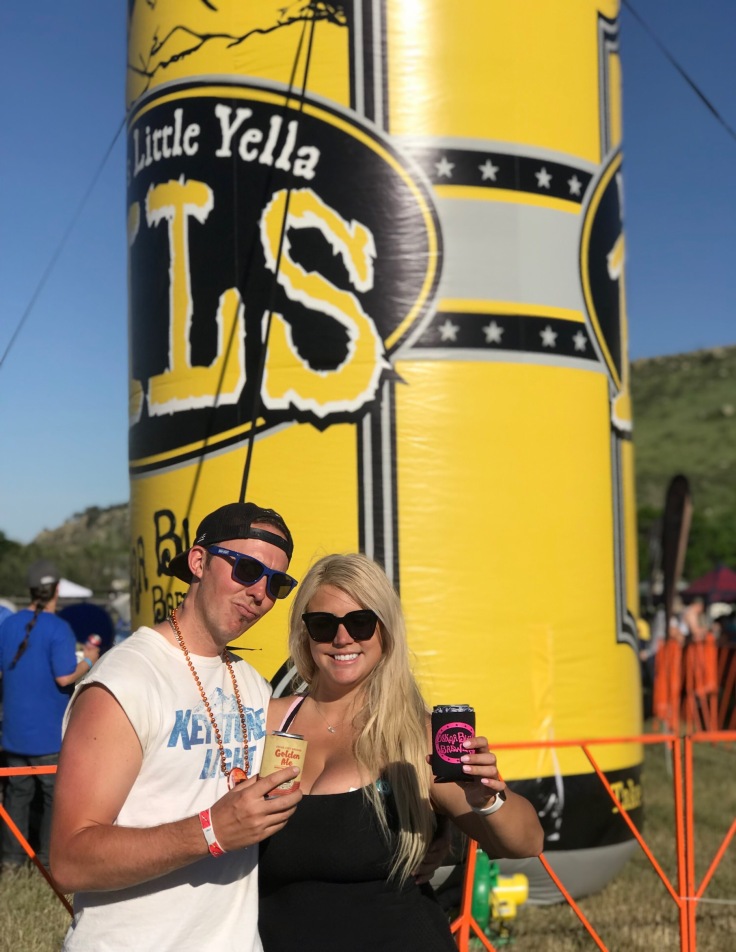 After the festival chances are you are feeling pretty good, and if you were smart (hint hint) you arrived before the start of the festival so you could have your tent and everything set up while you are sober. The first year we did not do this, and while it was amusing to drunkenly walk through the camping area with our blow up mattress (I am a “glamper”) it’s better to just do it before and be done with it! There are also a handful of food vendors, so you can grab something to eat if that pleases you. However, most people bring grills and whip something up while lounging by their tents. An important thing to note is that ONLY gas grills are allowed due to the fact that charcoal grills not only cause smoke but also can permanently cause damage the grass in the park, and no one wants to be “that guy.” This is one of the best parts of the whole experience. Everyone is hanging out, most bring more beers to keep the party going; and that fun atmosphere and overall feeling on camaraderie is what I look most forward each year. The feeling of sitting in a field full of like minded individuals, while grilling up some hot dogs and burgers [or beyond meat brats ;)], and sipping on a beer just cannot be beat! Some people throw the disc, and it is not uncommon to meet your neighbors because a ton of people just wander and befriend strangers. 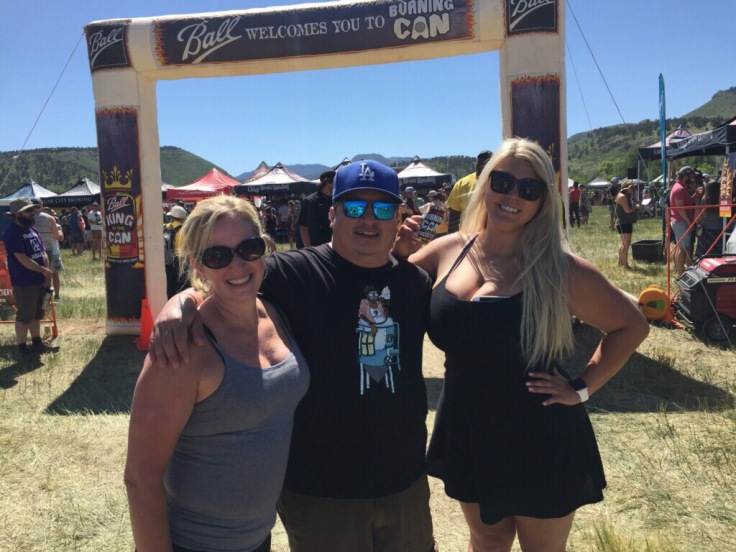 After you have had some nice rest and relaxation you can head on over to the stage for live music. The music starts before the beer festival even ends, and continues until around 10pm, so you could theoretically head right over if you wanted. But I’d say it’s a good idea to get some food in you and really enjoy the atmosphere before heading over. Either way you can dance the night away, all while continuing to enjoy any beverages you would like, and have an all around good time. The light a large steel outline of an Oskar Blues Can, hence the name “Burning Can” and you can watch the flames blaze against the darkened sky, and having that campfire feel makes the whole camping experience complete! 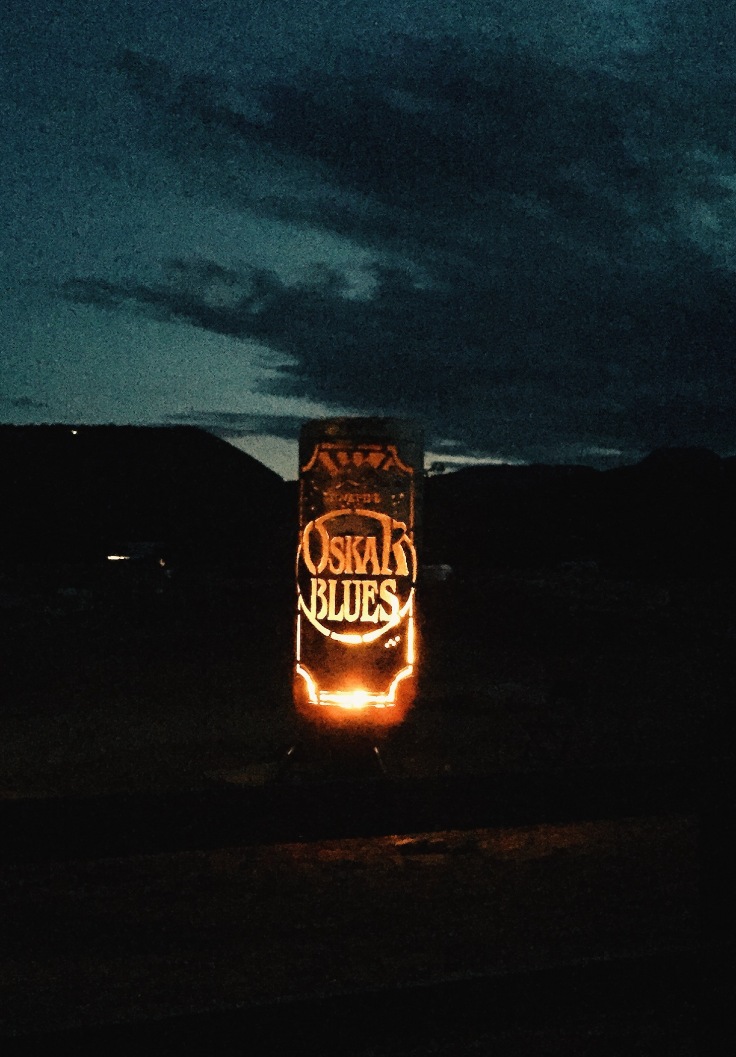 Once the music ends, you’re really at your own leisure to continue doing whatever you would like. Many people continue to hang out outside their tents enjoying quality time with friends. Others call it a night and get some shuteye. The only thing Oskar Blues asks is that at 11pm everyone tries to keep the noise down out of respect for their neighbors, which is totally understandable. And in the morning everyone packs up and heads home. The thing the surprised me most, was after a long day of drinking how early people get up and get moving. You are more than welcome to take it at your own pace, and I see quite a few groups fixing some much needed hangover breakfast food. There have been times we haven’t gotten out of there until closer to noon, so it really just depends on how ambitious you are feeling the morning after. 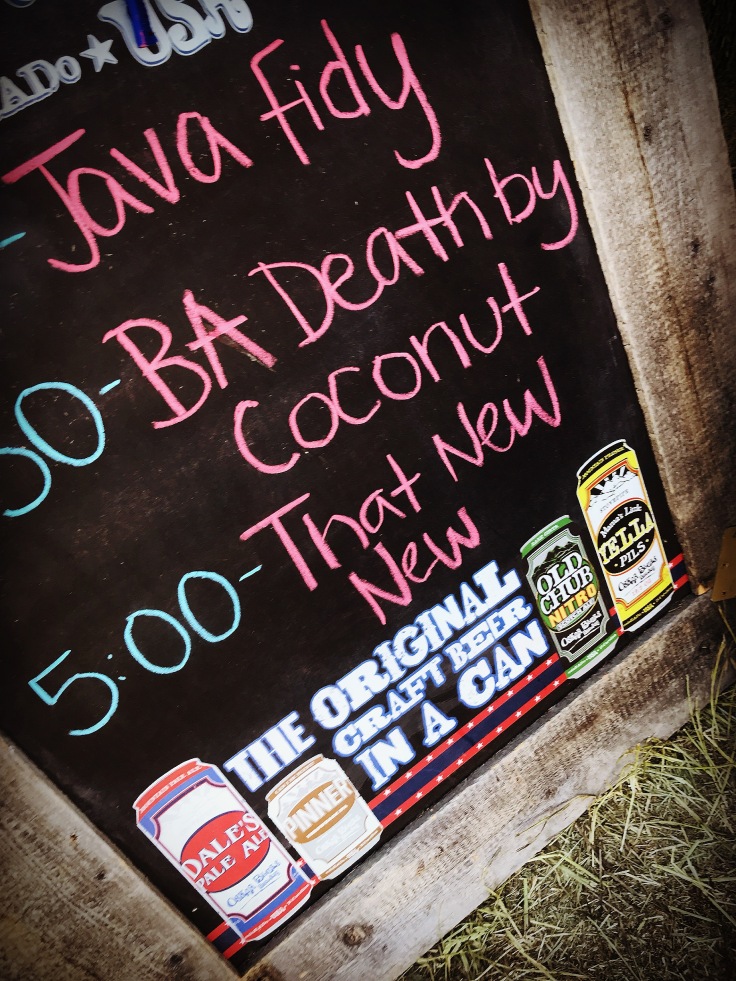 Now I couldn’t conclude this post without mentioning some of the beers! Considering that this event tends to be in a big field with the blazing hot June sun beating down on you, most breweries tend to bring lighter options. You will find a lot of the standards: Gose’s, Berliners, Blondes, etc, and naturally a ton of IPA’s for your liking. What was exciting for me this time was that given this is Oskar Blue’s beer festival, they decided to step up the bar and bring some of their Barrel Aged options, and your girl will always gravitating towards those Barrel Aged stouts regardless of temperature. They did it GABF style, “releasing” a barrel aged beer each hour or so. Starting with Java Fidy, which is the barrel aged version of their Imperial Stout Ten Fidy with Hotbox roasters cold brew added. Then was Barrel Aged Death by Coconut, which is their amazing Chocolate, Coconut Porter aged in Rum Barrels. And then at 5pm was “That New New” which turned out to be Mocha Ten Fidy, which is an Imperial Stout aged in Bourbon Barrels with Coffee and Cacao. This was probably my favorite beer of the festival, and a great way to get people excited for the official release at the brewery a month later. Anything with Mocha and bourbon barrel is a winner for me, and its always fun getting to try things before they hit the market. So all in all this was a great day with great beers. And be sure to mark your calendars for the unofficial summer kick off next year so you too can partake in camping, drinking, and fun! 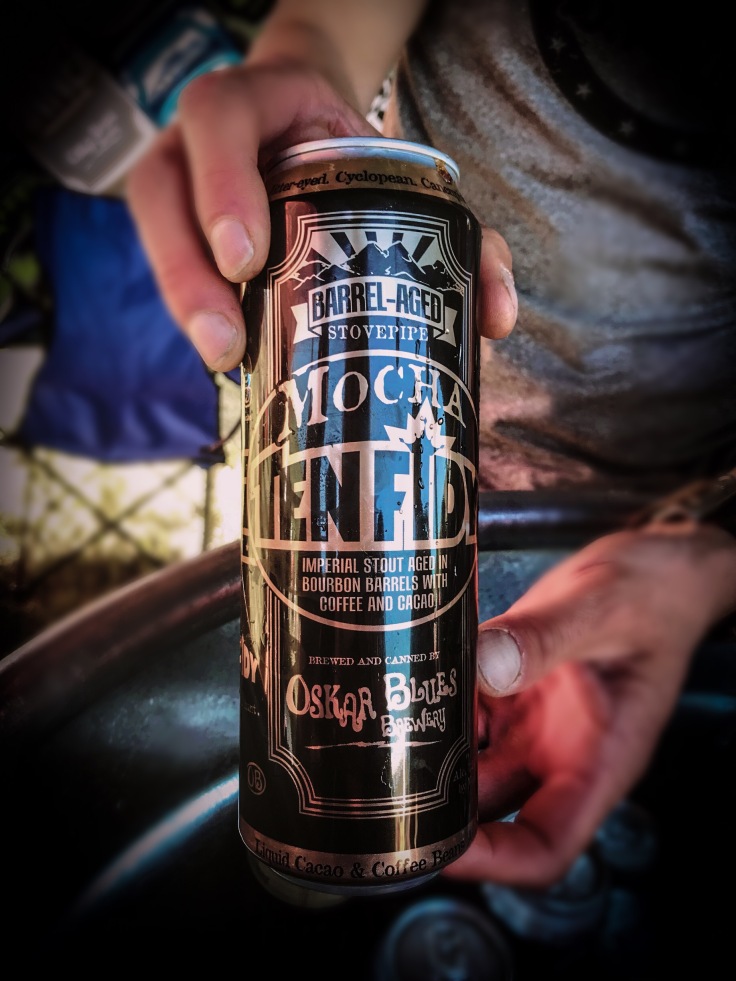