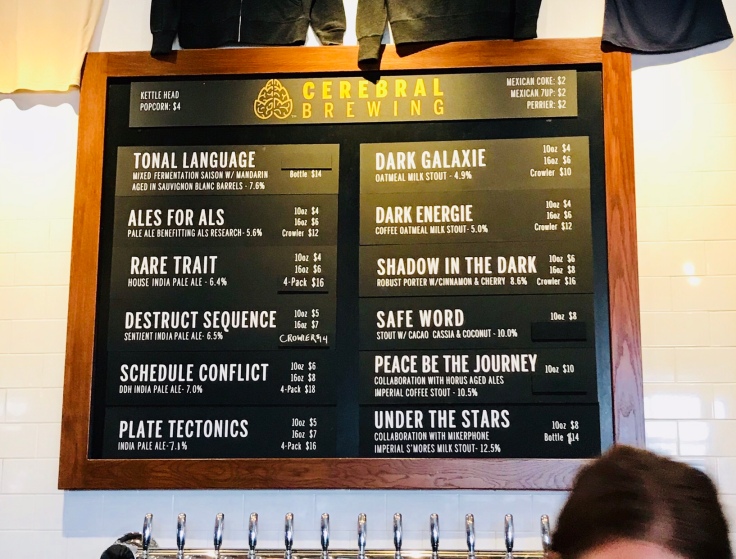 When you walk into Cerebral Brewing, you are automatically transported into the cool 8th Grade Science Class you grew up wishing you were a part of. Surrounded by bookcases, manuscripts, and a life-sized skeleton named Mr. Bones, you can’t help but expect to see beakers bubbling with exotic potions, or a crazy haired mad scientist (I like to picture Doc from Back to the Future) hunched over his submission for the Science Fair. 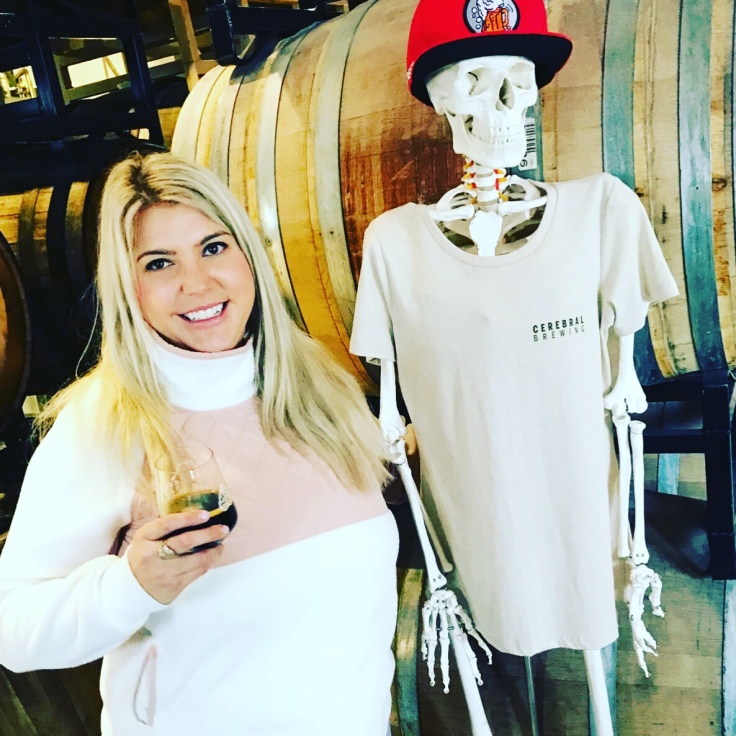 Well it just so happens there are mad scientists in the back; and instead of trying to make volcanos erupt, they are working on a magical little potion we are all familiar with called beer. Cofounders Sean Buchan, Chris Washenberger, and Dan McGuire can often be found here and are incredibly friendly and welcoming if you ever have any questions for them or just want to share a few words about the beer. One of the things that sets Cerebral apart, besides of course the delicious liquid they create, are their exceptional staff. Helpful, personal, witty, with a little bit of sass mixed in, they aren’t your fake “customer service type” who are just clocking in for a paycheck. Rather they are genuine individuals that love their jobs and believe in and stand behind what the brewery is doing. 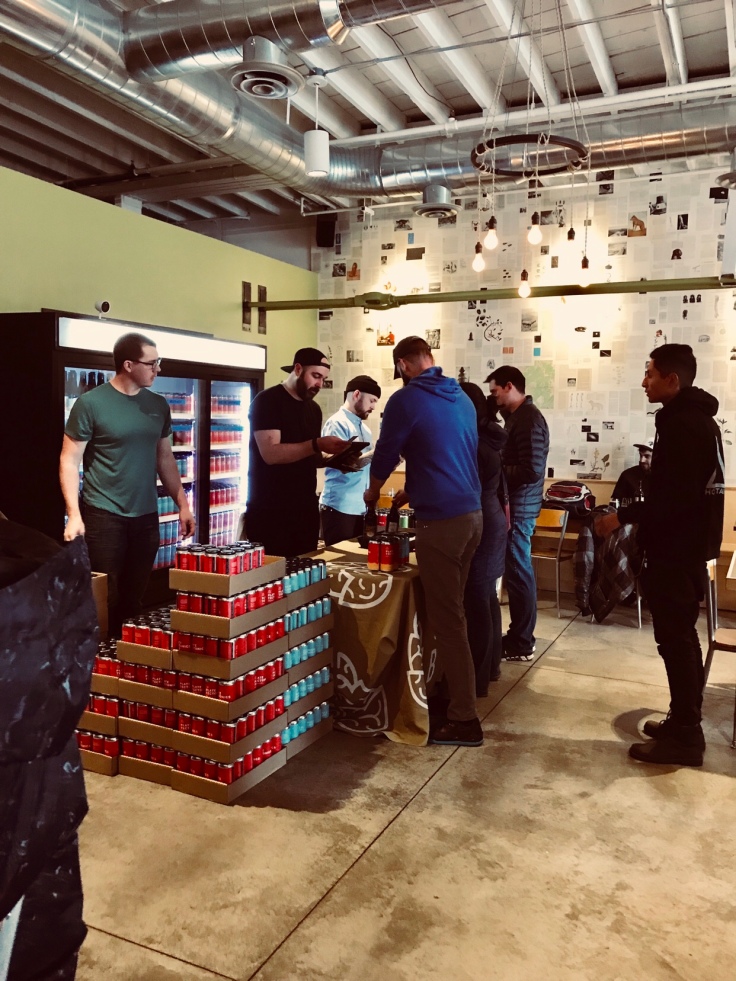 If you want a brewery where you could actually learn something while you enjoy a delicious brew, then Cerebral is the place for you. From the entire wall plastered with excerpts taken from science books, to the various styles of hops and malts that are showcased in their communal style tables, there are no shortages of learning experiences to be had at Cerebral. Who doesn’t want to learn about various styles of hops at the same time you are drinking hops? It really elevates your whole experience when you can learn about what is in your specific brew, and you can leave feeling a little bit smarter than when you first stepped in; which doesn’t often happen when leaving a bar.

It is beers like their flagship IPA, Rare Trait, that have really won the hearts of people in this town. With their juicy, hazy goodness they are able to complete with notable breweries on the East Coast for mastering the highly sought after style of the NE IPA. However, they aren’t limited to exceeding in just this one style. People will gladly line up for 4+ hours on a cold Saturday morning for a chance to purchase their limited release Barrel Aged Stouts, such as Here be Monsters. On top of that, and probably one of their proudest achievements if you were to ask them, they took home a Silver medal at GABF for Dreamy Thing, their collaboration with Our Mutual Friend Brewing, which is a Chardonnay Barrel Aged Farmhouse. It’s not easy to become a brewery that is able to exceed in multiple styles, and consistently create exceptional beer across the board, but Cerebral has accomplished this feat, and have solidified their position as one of the top breweries in the Denver craft scene.

Pictured Below is their newest collaboration with Mikerphone Brewing: Under the Stars. This is a rich S’mores Imperial Stout that comes in at a smooth 12.5%. Loaded with Marshmallow, Graham Cracker, Cacao Nibs, Vanilla, and Lactose, this is a creamy, chocolatey treat that will remind you of your best childhood memories; standing around a campfire roasting marshmallows, and creating memories with family and friends.

On display at the brewery, is the wall of Barrels Cerebral uses to house various styles of their barrel aged beers. As you can see, each barrel is noted with the beer that is currently aging inside. Which makes it all the more thrilling knowing there is delicious liquid inside, perfecting itself for you to sample down the road.